“The JCB Dancing Diggers recently made an appearance in Canada to help celebrate the company’s customers.

Lance Stroll, Williams Martini racing driver, also made an appearance at the celebration.

The JCB display team (known as the Dancing Diggers) tour shows and celebrations to demonstrate the unusual ways in which the company’s backhoes can support themselves or maneuver.

The machines used are stock 3CX backhoes and the only modifications are the temporary pyrotechnics devices attached with a magnetic base. To avoid transporting machines around the world, the team uses the dealers’ stock machines when performing at dealership events.

The four-person Dancing Diggers team featured two drivers were from the United Kingdom and two from Savannah, Georgia.

The idea for the JCB display team was born in 1962 when Joseph Bamford orchestrated the first ‘up and over’ maneuver. Four JCB backhoes lifted themselves on their hydraulics arms to create a bridge, while the company Cadillac drove underneath.

The stunt was developed to show off the power and versatility of the backhoe configuration.

Over the years, the show has evolved into a gymnastic routine by the company’s display team”.

Ever seen JCB backhoe dancing? Check out this stunt pulled off at a US trade show.

I’d like to see this at the next field day! 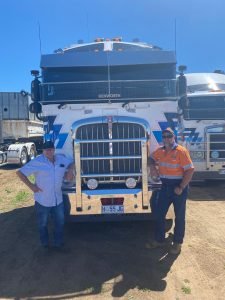 My Client Catch Up in Tasmania

Phil and main driver Robert. I took the opportunity in January this year to visit my long term client Phillip Murray in … 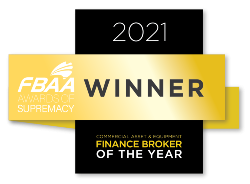 Our founder/director Brendan Scotter is the winner of the Commercial Asset & Equipment Finance Broker of the Year 2021/2022 for FBAA. The Finance Brokers … 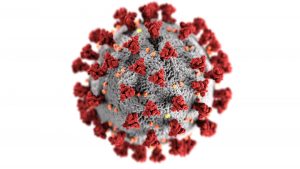 Alicia Bermingham
01:51 20 May 22
Working with Brendan was an absolute pleasure. He secured truck financing for us at a competitive... rate. Everything was hassle free and seamless - taking a lot of stress out of the whole process. Would highly recommend Brendan to anyone looking for finance options.read more

healdbulkhaulage
22:57 16 Apr 22
We would highly recommend Brendan and his team at Commercial Point Finance. Jonaya kept us up to... date throughout the process and was quick to answer any questions we had. We look forward to working with them again in the future.read more

Gurinder Singh
00:07 29 Oct 21
Hi my name Rana, this is my first time buying small business, I am lucky to have Brendon as finance... broker, Brendon is one of professional broker, he does all paper work for me, in reality in just two weeks time my loan approved. Brendon prefect in his work, this is great I don’t need to make revisions to it at all, thanks, this is exactly what I was looking for. Thanks Brendon again, in future I will be looking to invest in business again and need your help. I will be sharing your contact details to all my friends and colleagues, 👍🏻read more

Christopher Lindsay
09:20 05 Oct 21
Commercial Point Finance was able to get my truck finance approved against all odds. I'm very... appreciative of their help and couldn't recomend them enough.Brendan kept in regular contact through out the whole process and was happy to answer even the simplest questions.read more

Bryce Webb
12:20 24 Sep 21
Commercial point finance was a very reliable and stress free experience, the customer service was... excellent with great outcomes.I would highly recommend using this service, I can not fault the quality of workmanship and i will be using again in the rear future.read more

lucus ward cook
05:34 10 Sep 21
Brendan was very fast & helpful in helping me find a loaner & get approved for my truck

Steve Davis
21:01 05 Sep 21
Brendan at Commercial Point Finance provided a fast and professional service for our deal, getting... us across the line for a win. Look forward to using his services again in the future...read more

M & O Films
03:00 22 Jul 21
This was my first time using Commercial Point Finance yet dealing with Brendon was like catching up... with an old friend. I didn't have to ask or make requests, Brendon went straight into finding me the best deal, giving me options advising me what the best ones are for our business. He would explain how the money would work for us, his knowledge just flowed, there were no ahs and ums it was just information, he was efficient and in constant communication with me so much so that I will not hesitate to use him again and I recommend him to anyone who is in need of his skill, Brendon thank you for everything.read more

Daniel Roth
06:20 05 Jul 21
Worked with Brendan on finance for a new truck , he went above and beyond what would usually be... expected . Very professional and made everything very understandable . be more than happy to deal with in the future or recommend anyone looking for finance to definitely go through commercial pointread more

Rhys Allen
07:53 01 Jul 21
Brendan at commercial point finance made financing a new business vehicle a super easy experience.... Brendan was friendly and informative. Will be back again.read more

Sandy Frame
11:00 07 Apr 21
Brendan is always a pleasure to deal with. His service is second to none. Precisely why I will... continue to work with Commercial Point Finance in my business and personal finance ventures! i will recommend everyone who needs finance to give brendon and his team a call. Thanks again brendan.read more

Gurkan Arslan
00:25 26 Feb 21
We have been using Commercial Point finance for the last 4 years .We have found Brendan is... absolutely amazing at what he doesHis dedication and patience between lender and client is second to noneBrendan is totally on the ball and there is never a stone unturnedWe would highly recommend Brendan in a heartArslans Horse AgistmentMikke & Gurkan Arslanread more

Jye Stokes
00:16 25 Jan 21
Brendan and commercial point finance gave the best customer service and understood my working hours... and worked in with them making the whole process an absolute dreamthanks again !!read more

Steve Taneski
07:53 29 Aug 20
3 times Brendan has got impossible deals across the line. Champion in what he does. clearly... understood what i was after and delivered. looking forward to working with him againread more

Troy Wellington
21:26 13 Aug 20
Brendan from Commercial Point Finance was Extremely Knowledgeable and Helpful in gaining me Finance... for my Agi.Highly Recommended.read more

Lidia Lal
10:25 14 Jun 20
Brendan and Commercial Point FInance have been great with us since we have started using their... services. When we purchased our trucks for LAL Refrigerated he has been efficient, quick to respond and has superior customer service - we have used him at least five times in the last 12 months to purchase our trucks and company cars. There was never a single hiccup - his professionalism is amazing and he just now we have been approved for another truck. Thanks Brendan for your excellent customer service, you are a delight to work with as is Commercial Point Finance. Lastly Brendan and Commercial Point FInance's services are much more superior than dealing with a bank.Vikash and Lidia LalLAL Refrigerated Transport Pty Ltdread more

annalise celea
00:13 02 Aug 19
Excellent Service Brendan and His company were very Professional every step of the way.-AC Waste... Servicesread more

Yanni Diamond
02:50 17 May 19
Best finance broker.Brendan made it happen and with ease. Being in the finance game for so long... Brendan was able to Taylor exactly what I wanted to get the outcome I desired. I wish I had known him earlier. Thanks again for time and great workI will definitely be back.read more

Gail Harris
22:37 01 Apr 19
We have had Brendan looking after our finance needs for many years now and can highly recommend... him.Brendan is very professional and his knowledge and advice on any finance is appreciated and always helpful.He responds quickly to our needs and makes purchasing equipment hassle freeread more